Risen brings a novel perspective to the account of the resurrection of Jesus. The film, released in the UK on Friday 18 March 2016, follows the events mainly through the eyes of a senior Roman soldier, a Tribune by the name of Clavius.

Sony Pictures laid on a pre-release screening in February 2016 and, amongst others, Peter May and Chris Knight attended. Their responses were slightly different – Peter had certain reservations while Chris was more enthusiastic, but both saw the opportunities it offered. You can read these responses below along with some ideas about how you might use the film. In Part 2 of this resource, Peter reflects on some of the key issues that any film on the resurrection needs to address.

Risen – a review by Peter May

Risen, starring Joseph Fiennes, explores the central issues associated with the truth claim of the resurrection (see Part 2) in a fictional drama seen through the eyes of a sceptical Roman soldier. The issues are powerfully dramatised. I found myself in a minority in being somewhat dissatisfied. The film has real strengths. Visually it is compelling. The scenes looked good. The issues listed in Part 2 are set before the viewer. The acting is OK and some scenes were superbly done. I loved seeing the way the Roman soldiers used their famous shields, and the scene at the lakeside was beautiful and compelling. 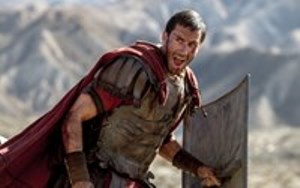 On the negative side, there was inevitably a lot of violence (12A). The dialogue was predictable (also inevitable?) and unimaginative. The background music is a Hollywood must – but I don’t like it! There was some 'artistic licence' with the story, for instance the face on the 'Turin Shroud', and a healing miracle after the resurrection.

More importantly, the sceptical centurion actually meets the risen Christ but is left unconverted! Hardly the reaction of Thomas ("My Lord and my God!" John 20:28) or a sceptic like James. As for Paul, he wrote that Jesus "was declared to be the Son of God in power...by his resurrection from the dead" (Romans 1:4). Yet this centurion somehow met him and just walked away.

Here the resurrection stands more or less on its own, as an unexplained event

This film should go down well among Christians, but will have a mixed reaction from unbelievers. One reason for this is that the resurrection is the final event of a compelling life, a stormy trial and a vicious death. Paul said he proclaimed Jesus Christ and him crucified. Here the resurrection stands more or less on its own, as an unexplained event.

So the film won't impress everyone, but I have to say that those who saw it with me thoroughly enjoyed it. It is well timed for Easter and for those who want to understand what Easter is all about. No chocolate bunnies here!

Risen – a review by Chris Knight

Risen brings a novel perspective to the account of the resurrection of Jesus. The film is told mainly through the eyes of a senior Roman soldier, a Tribune by the name of Clavius, who appears to be Pontius Pilate's right hand man. Clearly, this character is not found in the Gospel accounts but if we can set aside his presence in a number of key events which most definitely are found in the Gospels, we have a mostly faithful and biblical account of the resurrection appearances, and the possible response of a hard-nosed, down-to-earth sceptic.

There is inevitable historical license, an unfortunate example being the inclusion of the Turin Shroud facial image on the grave clothes in the empty tomb. I felt this was not particularly helpful, as it could confuse discussion of one well-evidenced event (the resurrection) with a very different and controversial issue (the authenticity of the Turin Shroud). In reality, the two must be decided on entirely different evidence. But this need not be a disaster as long as we take care to bring the conversations back to the key issues – a useful principle in all circumstances. 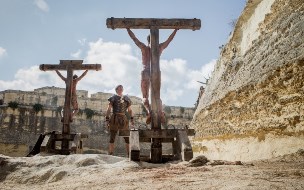 Other historical license was along the lines of harmonisation or historical possibility and is little different to many other 'Life of Jesus' films. Any film of these events must inevitably add to the details the Gospels give us. The account of the guards at the tomb did seem to make sense of a puzzling question: why were the guards not executed immediately by the Romans for falling asleep on duty? I viewed it as an instance where 'It could have been like this as it makes sense of what we know … but there may well have been a different explanation'.

The film takes viewers on a journey with the unbelieving Roman Tribune. It pulls no punches as to the reality of the resurrection and the miracles Jesus performed. There is no explaining away of the key features found in the Gospels. Much of what we view with the Tribune is what the first disciples might have seen (1 Corinthians 15:1-6). He is puzzled, as we would have been. His worldview was challenged – dead men do not rise from the dead. His experience in battle would have convinced him of that – and the initial battle scenes where he commands the Roman troops against Jewish rebels show Clavius as an uncompromising and merciless soldier.

So in many ways Clavius acts as a perfect representative of sceptics today. Unlike the disciples, he didn't have the benefit of three years or so living with, seeing and hearing Jesus, nor did he have the benefit of their Jewish faith – but he was challenged as to what he believed. He says: "I have seen two things which I cannot reconcile: a man dead without question and that same man alive again." He was not able to deny the evidence of his own eyes. Although he may not immediately have understood the implications of what had happened within his nominally pagan worldview, we find that in the end he does believe. He just seems uncertain of what he needs to do as a result. But the whole film is framed by his meeting, some time after the resurrection, with an innkeeper who provides him with rest and food. Clavius gives his account of recent events and the innkeeper asks him whether he believes it. Clavius takes off his signet ring, the sign of his position in the Roman Empire and of everything that had defined him previously, and responds: "I believe I can never be the same." Or perhaps: "I believe. I can never be the same." 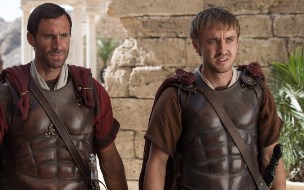 Although I agree with much of Peter May's review, and the film is rather 'Hollywood' in places (you can decide whether that's always a good thing or not), I think the response to the film will largely be a matter of temperament. But whatever people think of the film, given the right questions, it gives a brilliant opportunity to discuss the historicity of the Christian faith, the evidence for the resurrection and the reality of Jesus Christ then and today. The film tells us very little of what Jesus actually taught (it starts effectively at the crucifixion and ends shortly after the ascension). To understand the implications we need to go back to the Gospels and see the whole story. That's an offer to make to anyone who is intrigued or fascinated by Risen.

The disciples saw the risen Christ and were fully convinced that he was alive, such that they were prepared to die for their certainty. For some, Risen will provoke questions such as ‘How would I respond in that position?’ or ‘Is there really any good evidence for the resurrection?’. Most of us need little further encouragement to take this further to show that, in the words of the disciple Bartholomew early in the film (OK, another bit that's not in the Gospels, but it's true anyway…), "This changes everything."

Risen – what you could do

Go to The Resurrection of Jesus: the key issues

Chris Knight is an apologist who worked as a research scientist for 22 years.
View all resources by Chris Knight

Peter May is the author of The Search for God and the Path to Persuasion. From 2003 to 2010 he was Chair of the UCCF Trust Board. He is a retired GP.
View all resources by Peter May

Links to further resources to follow up on the bethinking booklet which asks whether the Resurrection of Jesus was a fact or fiction.