The Genius of Charles Darwin

The series, however, is more about his idea than about the man. Richard Dawkins makes this very clear from the beginning when he says that the series is about ‘perhaps the most powerful idea ever to occur to a human mind.’

But Richard Dawkins does not simply give us the history of this idea. This series is a manifesto calling individuals to embrace the idea of evolution by natural selection and to live out the implications. Dawkins is telling us how we should behave.

The series is comprised of three episodes which have a flow of logic to them. In the first episode, Dawkins explains the origins of evolution as scientific theory. Using this description, he goes on to explore the implications in the second episode. In the final episode, Dawkins examines Christian opposition to evolution. He establishes evolutionary atheism as the only acceptable religious position for a reasonable person.

The first episode gives a history of the book The Origin of Species, written by Charles Darwin and published on 24 November 1859. Dawkins is a good storyteller and gives an informative and interesting account of Darwin’s life. The story of Darwin’s voyage on the Beagle is seen as the catalyst for his thinking about the nature of all life. Still, it took a further twenty years for Darwin to publish The Origin of Species.

Dawkins explains that without Charles Lyell’s geological treatise, Thomas Malthus’s socio-economic commentary or the complementary writings of Alfred Russell Wallace, Darwin might never have come up with the idea of evolution by natural selection or have published it in The Origin of Species. Dawkins quotes Darwin as saying, ‘[I feel like I have] become a machine for grinding theories out of huge assemblies of facts.’ This quote is a cue in the series for a bad historical statement: Dawkins states that it was not really like this for Darwin. Such a strong statement of certainty about how Darwin felt seems more emotional than rational on Dawkins’s part.

Within episode one it is explained that the main evidence that Darwin had for his theory of evolution was that of the fossils. Dawkins explains that today we also have another source of evidence for the theory in the form of genetics. So convinced is he by this evidence that Dawkins says about a genetics lab:

If we hadn’t got a single fossil anywhere, the evidence [for evolution by natural selection] from this lab alone would be absolutely, not just enough, but overwhelmingly, staggeringly enough.

It is this strength of conviction which runs throughout episode one and into the rest of the series. Strength of conviction, however, is not enough to declare the theory of evolution to be immutable fact. The theory should continue to be explored and defended against scrutiny. Dawkins does not mention a growing number of scientists who are doubting the validity of the theory of evolution in the light of new evidence. Sam Harris notes Karl Popper as saying, ‘We never prove a theory right; we merely fail to prove it wrong’ (The End of Faith, p. 75). That Dawkins does repeatedly insist that evolution is an unquestionable fact shows once again an emotional and not a rational attachment to the theory of evolution. For Dawkins, it cannot be wrong.

Episode One starts with Dawkins going into a school and confronting pupils with the facts, as he sees them, of evolution. He seems particularly interested to confront those pupils with religious convictions. In the school he goes into it seems that many of the pupils hold to Christian values and beliefs. But Dawkins is delivering a manifesto which is anti-religion.

His manifesto is that schools should, through the teaching of evolution by natural selection, have an aggressive anti-religion policy. Dawkins would have us teach our children that religion, particularly the Bible, has no truth and so should be rejected.

By Episode Two, Dawkins feels he has established the theory of evolution as fact and so wants to explore the implications. He is quick to highlight the deplorable nature of some implications that people have drawn from evolution. He particularly attacks Rockefeller’s Social Darwinism and eugenics programmes. His attack, however, stems from an emotional reaction rather than a rational argument. He says, ‘I’ve always hated how Darwin is wheeled out to justify cut-throat business competition, racism and right-wing politics.’ But he fails to give any reasons for why such implications are not valid.

Dawkins draws three main implications from the theory of evolution. Firstly, that there are no goals, no morality and no purpose to the process of natural selection; secondly, that man is not distinct from any other animal; and thirdly, that nature is a bitter, ruthless struggle. These implications act in a deconstructive fashion. They are all reactions against Christian views.

Dawkins throws out a Christian set of goals, morals and purposes, a Christian distinction that humans are innately distinct from animals by means of having a soul, and the Christian view that there is order in the universe because God is in control. Dawkins’s biggest, yet unvoiced, implication is that there is no supernatural.

In the rest of the episode, Dawkins spends significant time on working through whether the brutality of nature is consistent with the reality of altruistic behaviour. Dawkins argues that this behaviour is the result of genetic mutation. This mutation enables our psychologies to be altruistic, which is attractive for escaping the brutal law of nature. Thus Dawkins says, ‘Our misfiring selfish genes mean we don’t ape the nastiness of nature but extract ourselves from it and live by our values.’

What is interesting about this explanation is that it highlights the differences between human beings and other animals. Dawkins concluded that an implication of evolution is that humans are simply part of the animal kingdom. Here, Dawkins argues for the distinctiveness of humans compared with other animals: ’We humans are the first and only species able to escape the brutal force that created us: natural selection.’ This is a point of tension in his explanation, which Dawkins seems not to be aware of.

During this final episode, Dawkins gives a personal testimony of his conversion to scientific atheism from a childlike Christian faith. He explains how he discovered that ‘this simple theory [evolution] really was capable of explaining everything about life.’ He goes on to so say that:

[I thought] if science can explain something so apparently inexplicable as life, who knows what the limits might be on what science could explain more generally, without any recourse to the supernatural.

He goes on from that to say, ‘at that moment I became an atheist and I’ve never looked back.’

This testimony is certainly an insight into the atheism which Dawkins advocates. Elsewhere Dawkins has been seeking to establish himself as a rationalist, someone who requires sufficient evidence to accept something as fact. Yet here he blindly accepts that science will yield the answers to all the questions that he has. Who knows what the limits are to science, indeed, but why would this cause an individual to abandon belief in God? The answer must surely lie in a desire to make the idea of God unnecessary. This seems like a decision motivated by the passions rather than by any rational capacity. It justifies Dawkins decision to ignore God and ignites him to attack religion.

Dawkins finishes the series on what he clearly considers to be a positive note. It comes within the context of facing death. Dawkins shares an account of his friend Dan Dennett and his brush with death. Apparently, Dennett was scared and afraid, but overcame these feelings by returning to the beauty of nature. The atheist can see the rich tapestry of life and this is existential enough for meaning and purpose.

Such a description of requiring meaning and purpose serves to underline the religious aspect of Dawkins’s adherence to evolutionary atheism. Dawkins finds comfort in the fact that we are part of the wonder of nature, and that by embracing the theory of evolution we are able to recognise our place in nature. Dawkins here acknowledges the religious nature of his evolutionary atheism. He doesn’t, and probably never would, admit that it takes faith for Dawkins to believe that God doesn’t exist. It is a faith which has a personal testimony and a trust which can be questioned as to whether or not it is misplaced.

Dawkins confronts the viewer with his manifesto for evolutionary atheism. The viewer who watches without analysing what Dawkins is saying might be convinced and persuaded by his emotive rhetoric. However, with a little analysis one can pull away the veneer of rationalism which Dawkins uses to present his ideas. Once this is removed we are left simply with a heartfelt and sincere appeal to throw off a theistic worldview and embrace atheism. Frankly this appeal is not sufficient for me. 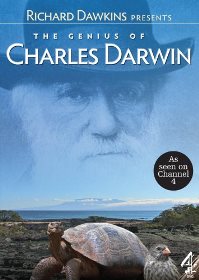 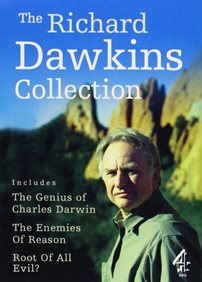 In 1859, Charles Darwin published On The Origin of Species, and the debate about how his theory of evolution relates to the first few…

The encounter between Bishop Samuel Wilberforce ("Soapy Sam") and T.H. Huxley ("Darwin's bulldog") is often portrayed as a typical example…