Kate (Emma Thompson) is middle-aged and still single, much to the frustration of her elderly mother (Eileen Atkins). Her work colleagues at the Public Statistics Agency office at Heathrow airport also want her to find happiness in a romantic relationship. They set up a blind date which, it would seem, like many before, ends in humiliation. She is happy enough, or at least, as she reflects towards the end of the film, ‘comfortable with being disappointed’.

Harvey Shine (Dustin Hoffman) is a little older, divorced and suddenly facing an abrupt end to his career. He is jingle writer, but tastes are changing and Harvey’s boss, Marvin (Richard Schiff) tells him, ‘You’d better land this one ... there are no more chances.’ Harvey is about to leave for London to attend his daughter’s wedding, but he promises Marvin that he will be back on Monday to pitch his jingle to a client. This conversation sets the framework for the rest of the film: opportunities are slipping away from him.

As we learn more about Harvey, we discover that he is a wistful character with many regrets in life. He once aspired to be a jazz musician, but had to settle for writing mere jingles; his marriage ended in failure and acrimony, and he is distanced from his daughter, Susan (Liane Balaban). When he discovers that he is on the fringes of the wedding party, and that Susan wants her stepfather, Brian (James Brolin), to give her away, he decides to leave straight after the ceremony. Things get worse when he misses his plane and Marvin fires him over the phone.

But this accumulation of difficulties brings Harvey into a Heathrow bar where he meets Kate. Their initial interaction is prickly, but he is attracted by her feistiness and forthrightness. ‘I have to tell you,’ he says, ‘that it’s a relief to find someone who says what they’re thinking and feeling.’ As they talk while eating their lunches on neighbouring tables, Kate’s frostiness begins to thaw. Afterwards, they go their separate ways on friendly terms, but Harvey catches up with Kate, determined to spend more time with her.

There is an element of shameless forwardness, even desperation, in Harvey’s pursuit of Kate. During their time in the bar, he has fallen for her completely. He knows he has relatively few chances left in any sphere of life, perhaps least of all in the sphere of romance, and he is not prepared to let it slip through his fingers. Kate is understandably unnerved by Harvey’s presumptuousness at first, but she is drawn to him too, finds his charm disarming, and allows him to walk her to her writing class.

What develops over the next few hours is a warm, open friendship and blossoming romance. Both of them are aware, however, that they each carry a great deal of baggage. Harvey still smarts over the failure of his marriage. Dustin Hoffman remarks, ‘I think one of the things that happens when a marriage fails is that you realize you don’t know what you think you know. You knew that this person was the one for you – or you thought you did – and it shatters your belief system and you shut down.’ After years of disappointments, Kate is reluctant to let anyone into her life and threaten her equilibrium. Hoffman continues, ‘What makes this film interesting is that these are two people who are no longer in the flush of youth. They’ve been so pained by the expectation of what they thought they were going to have, that they very much do not want to get involved with each other and I think that gives the film tension.’ Emma Thompson agrees, saying, ‘In fact, I think, falling in love when you’re older is devastating. It’s an enormous thing to happen, especially when you don’t think it’s going to come your way.’

The possibility of a fresh start is one that has a strong appeal. Everyone lives with regrets over missed opportunities, poor choices and inappropriate actions. Harvey regrets not being a good father, while Kate carries the guilt of having aborted a pregnancy, despite her ability to rationalise the decision. And everyone wonders what it would be like to be someone else. Kate asks Harvey at one point, ‘Do you ever wish you could have a different life for a day, just to see what it would be like?’ The life she fantasises over is writing a book in Spain: a life of freedom and possibility. Few of us ever have the chance to pursue such day dreams, and even if we could, we would still carry with us all the baggage of our past failures.

The problem is deeper than regret over the past, though. It goes down to fundamental flaws in our personality. Both Kate and Harvey are well aware of this as they realise they are falling in love (portrayed touchingly by great on-screen chemistry between Dustin Hoffman and Emma Thompson). Kate admits, ‘I can be mean.’ ‘So can I,’ responds Harvey. ‘No,’ Kate insists, ‘truly cantankerous.’ It is these character weaknesses which often lead to the specific failures that we feel such regret over. Sometimes it’s simply that we don’t know enough to make the right choice, but more often it’s the case that we do what is wrong because we are driven by our insatiable desire to serve our own interests at the expense of other people’s. The Bible talks about this bias in our nature as sin. At root, it is a refusal to acknowledge God’s authority over us, and a determination that we are answerable only to ourselves. We are self-centred. When other people cross us, let us down or hurt us, we feel it as a threat to our importance and we react with meanness all too easily.

Harvey and Kate know nothing of this deepest aspect of their problems, but they do realise that at least part of the answer lies in close, open, honest relationships. To achieve them entails significant risks, but the alternative is to settle for the status quo and all its difficulties. As the American writer Leo Buscaglia noted, ‘Risks must be taken because the greatest hazard in life is to risk nothing.’ Revitalised by his encounter with Kate, and encouraged by her to go to the wedding reception, Harvey takes the bold step of cutting short Brian’s speech to express his love for Susan and his pride in her. It’s a touching moment in which Harvey makes himself immensely vulnerable in order to achieve reconciliation, not only with Susan but with his ex-wife Jean (Kathy Baker) and Brian. Harvey repeatedly takes risks with Kate as he endeavours to develop a relationship with her. And the more he realises that this relationship has the potential to bring him real happiness, the bigger the risks he is prepared to take. At every stage, Kate is more reluctant to take risks, observing at one point, ‘Sometime or other it will end, and it will hurt and I don’t want to do it.’ Yet she does so in responding positively to Harvey’s advances.

While in the first flush of a whirlwind romance, Harvey and Kate will be concerned primarily for each other, and able to overlook the problems caused by their self-centredness. In the long run, though, there will be tensions and conflicts, and they will need to exercise forgiveness and seek reconciliation, with all its attendant risks. The reality of life is that we need not one fresh start, but many as we fail over and over again. While human relationships are immensely important, it’s even more vital that we find a solution to the problem of our self-absorbed hearts. The central message of the Christian faith is that it is to be found in a more fundamental relationship: with the God whose authority we reject. Reconciliation with him is not simply a question of admitting that we have been wrong, important though that is. That leaves us with the problem of how to atone for what we have done. The Bible insists that we can never do so, but that God’s Son, Jesus Christ, did so for us in his death and resurrection. It is only through him that we can be reconciled with God. Accepting it entails significant risk, since it means finally surrendering our authority over our lives and submitting to his; it means giving our lives to him. Yet at another level there is no risk whatsoever, since God is entirely good and worthy of our trust. This is the real fresh start that we long for, very often without even recognising it. Harvey and Kate are fortunate in having a second chance at happiness that they barely dared hope for, but the chance of a new start with God is open to all of us. 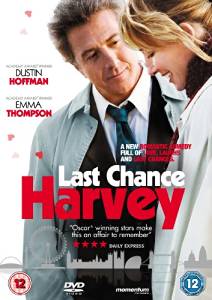