Asylum of the Daleks

"Make them remember you." The Doctor’s advice to Amy and Rory as they faced the Parliament of the Daleks (episode 1: 'Asylum of the Daleks') was a typical combination of bravado and enigma. It also highlighted one of the themes of the episode: memory – a recurring favourite of head-Who writer Steven Moffat. Time and again, Moffat places his characters in danger of losing their very selves, and reaches for the power of memory as their means of escaping disaster.

Ironically, this episode ends with the Daleks having lost all memory of the Doctor (the climatic chorus of "Doctor who?" carefully walking the line between magnificence and cheese). Despite the Doctor’s new-found desire to be forgotten, also seen at the climax of series 6 (2011) when he tricks the Universe into thinking he has died, memory is at the heart of Doctor Who’s explanation of what it means to be human.

To take a few old examples, in 'Closing Time' (2011), Craig (James Cordon) dug deep for memories of his young son Alfie to avoid being turned into a Cyberman. In 'Victory of the Daleks' (2010), Professor Bracewell (Bill Patterson) avoids blowing up the entire planet Earth when Amy urges him to draw on memories of a certain girl from his Paisley youth. It doesn’t matter that Bracewell is, in fact, a Dalek-created android with false memories. The memories feel real to him, and are sufficient to let him reclaim his perception of himself as a human. Even when the Doctor himself (Matt Smith) gets erased from the Universe at the end of series 5 (2010), his carefully planted triggers bring back Amy’s memories of him. These, in turn, bring the Doctor back into existence (at the price of upstaging the bride on her wedding day – rarely a good move).

As the examples above suggest, it’s not just memories, of course. Good old human emotion is a vital element in the consciousness-preserving cocktail as well. In 'Asylum of the Daleks', we see that in Amy’s battle to hold back the progress of Dalek nanobots, steadily rewriting her. When Amy admits her fear at what is happening, the Doctor tells her to, "hang on to scared: scared isn’t Dalek". There is even, perhaps, a hint of the power of emotion in Oswin’s (Jemma-Louise Coleman) drowning out the Dalek voices with the emotive notes of Carmen (the Doctor played the triangle in the recording she plays. Of course he did). Certainly, the internal fantasy that sustains her sense of self combines her crashed spaceship with thoughts of her presumably beloved mother and memory-triggering details such as soufflés. Moffat seems to suggest that our fondest memories, of people and events, even of tastes, are what anchor us to ourselves and hold back the monsters at the door.

What is it that enables Oswin to keep hold of her human identity, even after she has been completely assimilated into Dalek form? What is it that enables her to still see herself as a young human woman rather than a knobbly pepper pot with sticky-out bits? Somehow, she manages to cling to her humanity, and thus defy the remorseless advance of Dalek nanotechnology. Even when the Doctor confronts her with the truth ("I am so sorry"), still Oswin finds something within herself that enables her to deny her new Dalek identity and make one final gesture of sacrifice, endorsing her humanity by saving the Doctor and his companions. While the episode makes it clear that Oswin is a ‘total screaming genius’, it seems to be her memories and emotions rather than her intellect that prevent the Daleks from completely making her into one of their own. Even as she lets the Doctor go, her last words to him are to remember her. Of course, the viewer knows that Coleman is to return later in the series as the Doctor’s new companion, so the real significance of these words is yet to be revealed.

Memories are important for us, of course. They play a huge part in defining how we see ourselves, how we understand who we are and how we grow. In the series 4 (2008) two-parter 'Silence in the Library' / 'Forest of the Dead' (back in the Russell T. Davies era, but scripted by Moffat), memory – digitally stored – is even offered up as the closest thing a rationalist worldview has to stand in the place of eternal life. That’s one of the problems when we try to exclude the spiritual from our understanding of the world. Science has yet to come up with a convincing explanation for consciousness. We know much more than ever before about how the brain works, but not how it generates our sense of who we are. In truth, we are much more than the sum of our memories. Do people cease to be themselves when they lose memory as a result of brain damage, or encroaching senility? Most of us would recognise that elderly loved ones are still our loved ones, even when their experience of reality has shifted substantially from our own. We are much more than our memories.

Perhaps this struggle to explain consciousness is at the heart of Moffat’s fascination with the defining role of memory in human experience. The problem of what makes us who we are is less complicated when you add in a creator God, one who knows us even better than we know ourselves and whose plans provide meaning and purpose to our existence. That isn’t an option available in the ultra-rationalist worldview of Doctor Who, which means we can expect more plot points about memories and emotions and the power of the human spirit clinging by its fingernails to a sense of self in the face of the oncoming tide of oblivion. It seems a hopeless challenge. Which, of course, is the Doctor’s favourite kind. 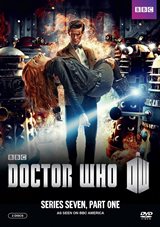 
View all resources by Steve Couch