Am I Just My Brain?

‘I think it's time we started our new class project.’
‘A science project?
‘No. It's called ‘Rock Band’.
‘Is this a school project?’
‘Yes, and it's a requirement. And it may sound easy, but nothing could be harder. It will test your head, and your mind, and your brain too.’

The joke (from the film School of Rock) is that the mind is the brain, obviously! 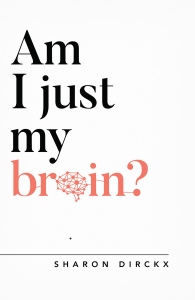 Sharon Dirckx happily spoils the punchline in her brilliant and punchy book, Am I Just My Brain? It’s a fascinating and important question; one that’s fundamental to human nature, as Dirckx highlights with a quote from author Marilynn Robinson:

Am I just my brain? answers the question quickly and with ease in the first few chapters. No, Dirckx argues, I'm not just my brain. But it leads to further questions. If I am more than my brain, what am I? What is my mind? How does my mind interact with my brain?

Can neuroscience give us an answer?

Drawing on the experience of her PhD in Brain Imaging and over a decade of using fMRI, Dirckx demonstrates her appreciation for neuroscience and psychology while respectfully demonstrating how both are insufficient to answer these questions alone. Philosophy, and even theology, is needed.

Browse the new non-fiction releases at any bookshop and you’ll find plenty titles promising scientific answers to life’s unsolved mysteries. Dirckx shows how this attitude is especially popular with neuroscience. ‘For some, neuroscience has become the lens through which we make sense of all areas of life’ (18). She cites Professor Raymond Tallis describing this obsession as ‘neuromania’ (18). Dirckx challenges this view, offering a robust manifesto against the idea that science can tell us the whole truth about life. But this doesn’t mean Dirckx wants to devalue science. Reading her work, you could never come away with that impression. In fact, she demonstrates the value of science by outlining the limits of its ability to answer questions about the mind. We are able to value science more when we rightly understand what it can and can’t do.

You don’t need a degree in psychology to read this book; each chapter is easy to follow. When ideas become complicated, helpful illustrations are provided. The example of the ‘Chinese Room’ (42) helped settle my debates with friends about whether my Amazon Alexa can become conscious.[1]

How do we actually find an answer?

Dirckx says we must ask three questions of each competing view on the nature of the mind and the brain:

The view that only matter exists and that we are ultimately nothing more than our brains is called ‘reductive physicalism’ (24). Dirckx demonstrates how this and similar views don’t give satisfying answers to our three questions, especially in comparison to the answers the Christian worldview provides.

Admittedly, that Christianity does answer each question sufficiently could come across as a convenient get-out. As the book progresses, Dirckx reveals more explicitly what she and Christians believe. A sceptical reader who has been recommended the book as an exploration of the human mind might see descriptions of Christian belief at the end of some chapters as an attempt to squeeze faith into a science book, such as a discussion on God’s grace at the end of chapter eight (103). This may be because the introduction doesn’t set up the question Am I just my brain? as a religious question at first. Nevertheless, Dirckx increasingly demonstrates Christianity’s relevance and power to explain what we know.

With views like reductive physicalism being found unsatisfying, we really only have two options: either we live with never answering the hard questions about consciousness or we accept the answer Christianity provides. Of course, simply because Christianity might answer the question, that doesn’t mean it is the answer. But if Christianity is true, it really would answer the question. Dirckx argues that the latter is the case; it is for each reader to decide whether they are convinced or not. For her, however, the explanatory power offered by Christianity seems to consistently deliver while other metaphysical views are found wanting.

Dirckx begins Am I just my brain? by suggesting that how we answer the question has implications for free-will, ethics, personhood and theology. She makes it clear that not only does Christianity satisfyingly answer the riddles posed by this question, but rejecting Christianity also has serious implications.

This is serious. If the Christian answer is wrong, then on what basis can we argue that personhood is about more than having a fully functioning brain? Some secular philosophers have followed this to worrying conclusions about human rights. For reasons like this, we cannot remain content to leave our questions blank.

Dirckx persuasively presents Christianity as the answer. She ends by saying that whether or not Christianity is true has huge implications in what we understand a human being to be, and what human life is for.

I wish I’d had this book when studying psychology at university. It helped me see how to answer questions I was asked in ways I hadn’t thought of beyond what I was taught in cognitive and biological psychology. Her response to the question Am I just my brain? is full of intrigue, fun and critical thinking. I’d highly recommend this book to anyone wanting a seriously good answer to a hugely fundamental question.

[1] Dirckx illustrates: ‘Imagine person [sic] A sitting in a room passing Chinese messages through a narrow slot to Person B. Person B is fully enclosed and has no knowledge of the Chinese language, However [sic], they have a table of Chinese symbols with which they can decode each message and construct a reply. To Person A, it seems as if Person B speaks Chinese, but this is incorrect. An ability to process Chinese characters is not the same as speaking the language. Similarly, an android’s information processing ability does not necessarily mean they are conscious in a way that is meaningful and comparable to human consciousness. It is one thing for Siri, Alexa or “Eugene” to output words that make sense to us, but that are driven by complex mathematical algorithms. It’s quite another thing for them to be self-conscious and understand what they are saying.’ (42)

In this paper, Stuart Judge considers whether discoveries in neuroscience that correlate our mental activity with our brain activity…